I have always loved Christmas. I love waking up in the morning to the smell of pine needles and the warmth of the oven permeating through the house. I walk down the stairs in my pajamas and fuzzy socks; waiting for a hug from my grandma. My grandma comes over to our house every year, she lives really close so it’s easy for her. She would cook our dinner along my parents. I loved watching them cook, I don’t know why. But, before all that we open the presents. We sit down in the “game” room. It’s called the game room because that’s where my brother keeps the Xbox. I always look to the back of the tree, because that’s where the presents for my pets usually are. I like opening some of those first because I just adore my pets. After we get them all set, my brother and I start opening our presents. Some years there aren’t that much, but some years there are A LOT!
After we open the presents we’ll just do whatever, wether that mean getting calls from my grandparents or watching an old Christmas movie. My favorite Christmas movie is the one where Rudolph and the elf that wants to be a dentist go to the Island of Misfit toys. I don’t know why, I just do!
Then finally after waiting, we eat honey glazed ham that will make your mouth water. We’ll have turkey sometimes too. We’ll sit down at the granite table and eat. We talk about things going on in our life. Then after a long day sitting in our pajamas, my grandma has to leave to go home and we all go up to bed.

AND HAVE A MERRY CHRISTMAS EVERYONE!!!!!

One, one life to live
Two, two eyes that can only see so much
Three, three years till I’ll drive
Four, four limbs that will bring me where I have to go
Five, five fingers on each hand to help me keep track
Six, six types of music to calm down too
Seven, seven the worst number but comes up every day, making me get through it
Eight, eight times to try something before you give up
Nine, nine pairs of shoes that cradle my feet
Ten, ten toes that keep me balanced even if life is dizzy

I am from scattered paper,
From cold sprite on a hot day and worn down pencils.
I am from the tall cream house with columns and glass double doors,
Smooth hard wood floors that let you skate in socks.
I am from the large oak tree with a “deck” in it,
Which I helped build during my summers.
The forest that was torn down for Seven Oaks,
The views that will forever be painted in my memory.
I’m from Black Eyed Peas on New Years and the love of action movies,
From Scott and Marlo Urdahl.
I’m from naturally loud voices and the ability to easily lose things,
And from hard work ethics.
I’m from “Don’t smack when eating!” And Dr.Seuss bedtime stories,
And “A,B,C’s”.
I’m from early Christmas mornings,
I’m from Austin Texas and the south.
Talerine casserole and Fritos corn dip,
From wondering into neighbor’s yards.
Being forced to put up a fence,
To keep the curious kids from angering the neighbor.
With floppy hats and swim suits,
In the sunny heat of Florida on our fridge.
All of these are paintings that cover those scattered papers,
and those scattered papers are what I thrive for each and every day.

Dear thanksgiving,
I guess you would be a “forgotten” holiday,
Everyone is already getting ready for Christmas.
People don’t see how amazing you are,
You give us pumpkin pie and family time,
You allow us a time to give thanks to anything.
You’re a tradition as old as America itself almost,
Plus this year you’re twinning with Hanukkah.

I love you thanksgiving,
Always my favorite,
Just because you don’t seem bothered with the fact
That a lot of people skip over you.
Just know that you will have me,
Always eating turkey and the pie so you can feel better,
Even if you don’t care.

So, all in all, thanksgiving is something that everyone should love,
Not just me. 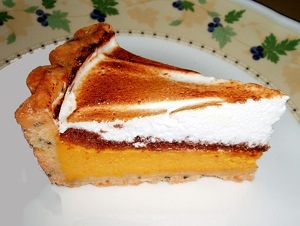 I want to ride red dragons in the air,
To look out my window and see the stars,
To be magical and powerful,
To dream…

I wish to ride the crisp blue waves,
To fly with birds in a “V” and be the leader,
To run with the wolves and feel the rush of adrenaline,
To dream…

I need to have all of these,
To get through the day when I’m tired or bored,
To never let go of my childhood,
To dream…

So, it’s me again, I know, didn’t expect that right? Well, as some of you may know I have a very old cat that is 17-18 years old. We took him to the vet because it looked like he was having dental problems and he wasn’t eating. Well, they examined him and ran a few tests. They found out he had kidney failure. I was heart broken, two years ago we lost his sister, Hannah, to kidney failure too. I didn’t know how to react, to just start crying or put on a happy face for Sancho so he wouldn’t be more anxious than he already was. The doctor told us that he would need an IV every day for about a week, and I would be the one to do so. She showed us how we would lift up the skin on the back of his shoulders and stick in the needle. In case you don’t know an IV is a needle that is attached to a tube that is attached to a bag of something. It is to get extra fluids to a patient if they need it, I’m sure everyone has seen what one looks like on T.V. I absolutely hate needles but this didn’t faze me. I guess it’s because I realized that if I was going to be a vet, I would have to get use to putting them inside animals. We put Sancho in his little box with a bed on the bottom and brought him home.

It was a few hours ago that I gave his IV to him. It was strange not having the vet there, it was like it was harder to do so. I guess that when you have someone that had done something a million times they make it seem easy so you can do it. But when the time comes for you to do it alone you realize it is harder than you initially thought. I realized this after he got the injection, it was like most things. Like when you see an actor perform on stage it looks like fun, but if you have to do it yourself it’s the most terrifying thing in the world. Then, when it’s over you realize it wasn’t that bad, and you improve the next time you do it.
Well, that was my experience, so next time you get stage fright, or you get scared of something… Just face it and you’ll realize that it’s not as bad as you thought.

So, I have recently read City of Bones by Cassandra Clare. It is a very well written book, but I would rate it an eight out of ten. I would only give it an eight because it had a little too much romance for my taste. Also some of the character’s need to have an attitude check, but other than that it is very awesome.

Clary-
I personally don’t like or dislike this character, she is, in my opinion, a character that evolves a lot in the beginning, but doesn’t change for a while.

Jace-
This is a character that I enjoyed reading about, but at times I wanted to punch his face. He didn’t evolve from being a jerk, even though he did open up too Clary. I hated him at the end though- *spoilers from here to end* he just seemed completely unlike himself. He was willing to go with Valentine even though he knew that he was doing the wrong thing. At the end he also seemed like an empty shell of himself in a way, and too clingy than the Jace we knew.

Simon-
This is by far my favorite character, even though he seemed to depressed when he told Clary that he really liked her after he saw her and Jace kissing. I think that Simon is cool because he is nerdy in a way that makes him pretty dang awesome.

Isabelle-
I don’t really know what to think, the way the author described her in the beginning doesn’t really match up with the way she ended up. Sure she left little rat Simon but that was just rude of her. In the end at the finally battle she was actually pretty cool.

Alec-
My second favorite character, he just has that mean personality that makes him seem more shy and mysterious rather than cold and unforgiving. It made me so mad when Clary was so mean to him when he was just trying to look out for his friend.

Luke-
I think he is pretty cool, especially since he’s a werewolf, all I have to say.

Valentine-
This is a creepy character in my opinion. He seems kinda like the dude that lives on your street everyone knows but you’ve never seen him. He is also a very horrible father. I just don’t like him.

And that’s my review, sorry if this gives away a lot, but ya know, I told you there were spoilers!

In a fantasy world,
Beyond the reach of the royal guards,
Above the green grass,
In a regal tower,

Until one day he came,
On her eighteenth birthday,

Up the tower he climbed,
To be met with a frying pan,

Down the tower,
By her long, blonde hair,
To their escape,
Towards the floating lights,
TANGLED

By Carly and Me